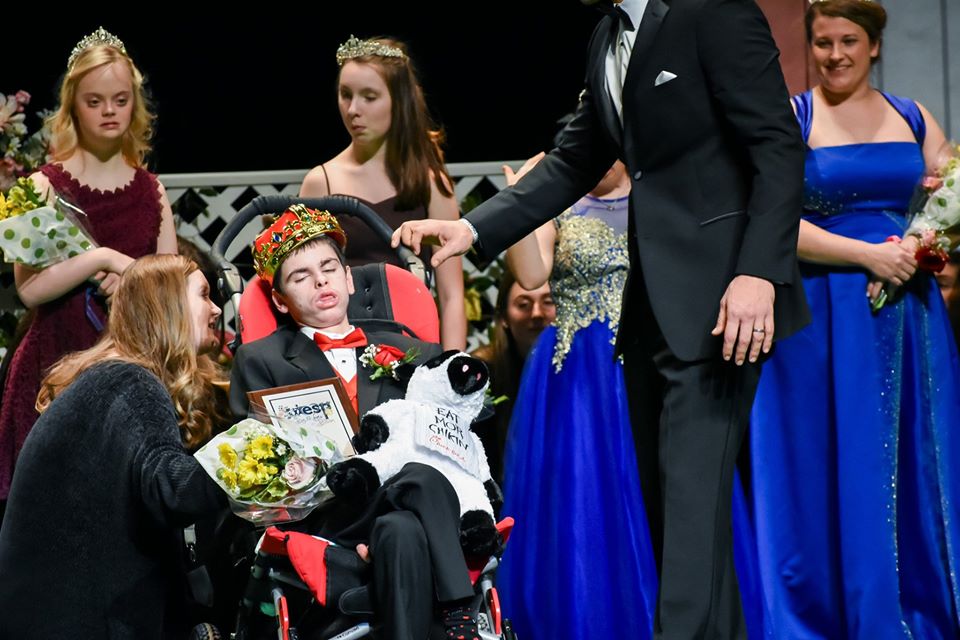 Last year at Big Hearts, Levi Ervin won the People’s Choice Award and was ecstatic to be awarded on stage at Big Hearts at Bat. His mom Dana said, “I think he felt like a full-blown celebrity. I loved watching every single minute of it!”

Cheering him on from side-stage was his friend, Landon McDaniel. Landon and Levi met at ESP and soon became fast friends. They bonded over their love of adventure and even went indoor skydiving together!

A few weeks prior to this year’s Big Hearts, Levi called ESP saying he wanted his best friend to feel the same way he had and win this year’s People Choice. He asked if he could donate all of his votes to Landon! Of course, we said yes, and the anticipation built as Landon’s votes went up. At Big Hearts, Landon received the cheers and the honor of the People’s Choice thanks to his best friend.

These are the kinds of moments and friendships created at ESP. Big Hearts is a celebration of all of these collective moments and shines a light on our participants’ talents, abilities, hearts, and joy.

“Words can’t even express this moment in our lives. To see my beautiful angel smile so bright and enjoy herself [at Big Hearts] is truly breath-taking!” said Amanda Messer. For her first-ever Big Hearts, Noella Messer, Amanda’s daughter, hosted a kissing booth on stage and each of the male escorts gave her a big smooch. Her smile lit up the entire Classic Center.

From there, talents ranged from singers to dancers, musicians and writers all leaving their disabilities in the wings and shining on stage while over 2,000 community members cheered them on from the audience. Some other highlights of the night included Abby Amatriain working out with UGA’s football players, Luke Wilder shooting a bow and arrow, Ryan Roberts throwing penalty flags, Emily White performing a colorguard routine, and Magen Ferland training dolphins.

We loved getting to celebrate each of the abilities our participants shared, and we know our community did as well!

The performance piece of the evening followed the town of Gardenia as they prepared for the Gardenian of the Year competition. Dandy, played by Lily Moore, is the new girl in town. The townsfolk are hesitant about Dandy and say that, as a dandelion, she can never win the competition. Luckily, the host of this reality show, Ryan Beecrest played by Nick Stanley, takes her under his wing. Despite the odds, Miss Gardener, played by Hallie McCollum, names Dandy the winner. Dandy uses the opportunity to share the award with her fellow flowers because they are all beautiful and all have different abilities to share. She says that they are better together as a bouquet!

Keeping all of this magic running smoothly were our celebrity emcees David Pollack and Josh Murray and our participant emcee Mary Catherine Price.

As the pageant wrapped up, our judges – Catherine Wayman, James Farmer, Lainey Wilson, Madeline Delp, Lauren Murray, and Alexa Gilomen helped to create the final magical moment of the evening, our crowning! The participants on stage got to enjoy the cheers of our sold-out audience complete with confetti cannons and crowns.

“Landon has grown up to be a big-time thrill seeker and I contribute this to opportunities such as ziplining while at camp with ESP. Stepping outside of the proverbial box that people sit those with disabilities in has increased his confidence significantly. He has gained friends that truly care about him, and he is now excited over things and people. So here we are, proud to have accomplished his goal of winning the award but also proud to have given a little to an organization that has given us so much,” Kelley McDaniel, Landon’s mom, summed it up.

Thank you to every parent, participant, intern, volunteer, guest, staff, and friend who was involved in Big Hearts in Bloom! The evening was a huge success thanks to your love and support. Seeing our participants bloom and flourish on stage was magical, and we hope you thought is was Athens’ Best Non-Profit Fundraising Event again for a 4th year. Nominations for this year’s award will open through Online Athens in April! 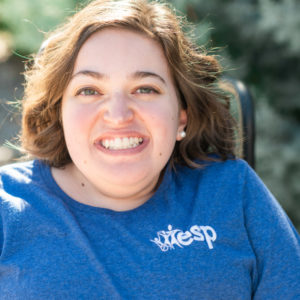 Marcella is ESP's Content Coordinator. She graduated UGA with a bachelor's in Public Relations, a minor in Communication Studies, and a disability certificate. She was a public relations intern for ESP in 2016 and is excited to be back home! 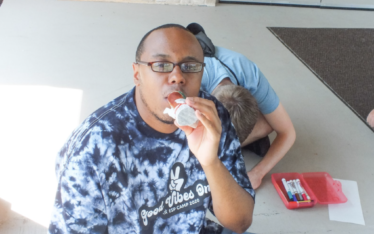 ESP Groovy Summer: Fourth Week Recap
Last Friday, we wrapped up another week of ESP Groovy Summer! Our campers are transforming right in front of our eyes, and we couldn’t be happier to see them grow...
8 Likes 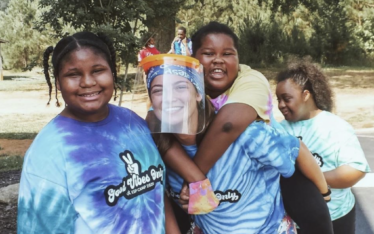 Big Jump: Summer Staff Spotlight
Our summer staff have poured their hearts and souls into camp, and now they’re taking the extra leap by skydiving and fundraising for our campers! They have been working so...
18 Likes 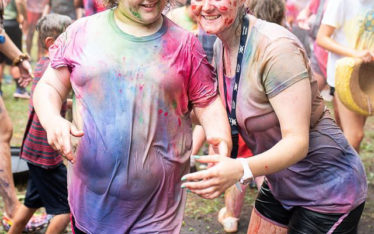 Groovy Summer Edition: Meet Your 2020 Summer Unit Specialists
Summer camp is finally here, and although we might be doing things a little differently this year, our summer leadership staff is just as excited to kick off ESP’s Groovy...
23 Likes