ESP Ever After – Week Two

Did you miss last week’s blog? Click here to check it out.

Week two was HOT – both the temperatures and our campers were soaring. As much as we tried to beat the heat, we also added to it. We made volcanoes, painted, went swimming, and played a fun game of quidditch.

Like usual, we started our morning with flag. On Tuesday morning at flag, Nicholas lead us on a bear hunt! We weren’t scared! With our lunch and camera by our sides – we found the bear! We had several brags at flag that morning – Ray was complimented for his “dab” dance move, we sang a very happy birthday song to Drew and celebrated Courtney’s very first day at camp! It was a great start to a great day.

Later on, we got to make volcanoes. Campers got together in groups and cut bottles and colored paper to form them in the shape of cones (or in our reality actual volcanoes). TK helped us make the volcanoes by using vinegar and baking soda. Do you know the difference between an acid and a base?? After TK’s teaching lesson – we sure do! We put baking soda and dish soap into a water bottle, took them outside, threw some vinegar in and watched our volcanoes explode into mighty bubbles!

As you know – camp isn’t complete without colorful paint. Yellow, red, blue and green, we made any color combination we could imagine! The best part is that we didn’t even need paint brushes – we just used our hands and feet! You have to get messy every once and awhile. [clear] [clear]On Wednesday we set out for a serious game of Quidditch. Quidditch is basically hockey except with broomsticks and bouncy balls. We had a fun time in the sunshine making goals and sweeping the ball from one goal to the next.[clear] [clear]

As Thursday moved in, we continued to move out… Outside that is. We got our hands dirty in the garden. We learned how to plant seeds and give them enough room to grow. We gave them water, a little TLC and now we wait to see our garden grow![clear]

Later that day, Kidron helped us to make cake pops! We put Oreo’s on a stick, melted white chocolate, added sprinkles and waited patiently. Our cake pops were a hit! We sold them at our coffee shop on Fun Friday. You HAVE to drop by the Bouncing Bean, in our new home, next time you swing by!

On Fun Friday, we went to a land Far(m), Far(m) Away and things got a little messy. Our camp staff dressed up as the characters from Shrek! You should have seen Jake’s hilarious costume – he painted his face green and acted like an ogre for the day! Flag was a fun time that took us on a journey with Shrek and Donkey (Kalon) to save the Faire Princess Fiona (TK). On their way to save Princess Fiona from the castle, they encountered a dangerous dragon (Amanda). The donkey distracted the Dragon so that Shrek could swoop in and save the Princess! It is so much fun to watch our counselors act out their parts each week! They really took us to a land Far, Far Away.

[clear]Later that day, we had an udderly good time getting muddy and messy. Wallowing in the mud with the pigs. Sliming our friends. Milking a cow. Practicing our archery skills. Taking a hay ride. Just your run of the mill day on the farm! [clear]

After lunch, burgers and dogs courtesy of the Cattlemen’s Association, we got a little muddy… And by a little muddy, we mean we got a lot muddy! We launched into an epic battle of capture the flag. We protected our flags with squirt guns and throwing mud. That’s what you have to love about camp. You can’t throw mud or paint at your friends anywhere else. [clear]Be sure to join me next week! I will be telling you all about about field trip week and our adventures around town! 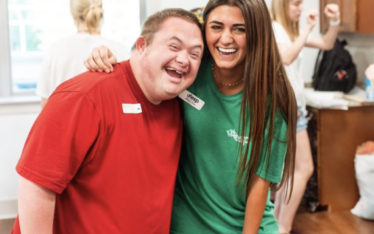 Groovy Summer Edition: Meet Your 2020 Summer Unit Leaders
Camp is quickly approaching, and our unit leaders can't wait to get their groove on with all of their favorite participants! Camp is such a special time for so many...
4 Likes 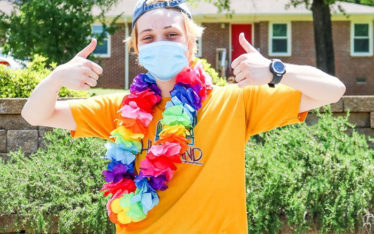 Your Safety & Summer Camp – A Guide to ESP’s COVID-19 Summer Camp Adjustments
We are all very excited to say that ESP Summer Camp is STILL ON for this summer!  With many other summer camps closing for the summer, ESP wanted to be...
7 Likes 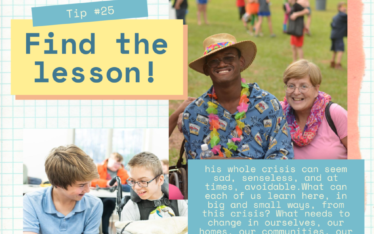 Mind Over Madness: Tip # 25- Find the Lesson
This experience has been a roller coaster for everyone who has been involved.  We go from thinking everything is getting better and things will start to get back to normal...
12 Likes