ESP 360: Momentum After the Moments

Even as a kid, my year revolved around summer camp.  School was alright, but camp was where I felt best.  Friends came easier, creativity could breathe, and the chance to choose where my focus went allowed new interests and untapped skills to grow. The last day of camp was a sad occasion as another ‘not camp’ cycle would have to pass before I could return to those moments.
‘What now?’  The confrontation with that question always came.  Come August, it could not be avoided.  The momentum had to shift.
Here at Extra Special People, not so much.
ESP has been fortunate enough to expand on its summer magic into the whole year with ESP 360.  No longer does one have say goodbye to the friends, fun, and supports ESP Camp made possible.  Campers come back (or future campers begin!), staff stay on (or future staff volunteer!), and the momentum can ‘keep on, keeping on’ each semester before another summer returns.
Its true.  ESP360 does allow for an extension of structured activity and personalized care post school day.  Its a tremendous resource to our families and participants alike.  But beyond the extended support, ESP 360 has expanded intentions.
If a participant grew to love the water while swimming at camp, 360 allows them to hone their stroke as part of a swim team.  If campers bonded during summer afternoon dance parties, 360 gives those friends the chance to choreograph a jazz routine together.  If a camper first found confidence during their summer at ESP, 360 gives that confidence a stage as a character in Peter Pan, a blank canvas to put the colors of their imagination on , or the open space  to safely explore the world around them.
ESP360 is the momentum after the moments.  We build, we grow, we keep it moving.  If you haven’t already, check it out.  The 360 Recital is Dec 7.  The successes of ALL programs will be showcased and ALL are invited!  Sign ups for our Spring ESP 360 semester will open then as well.  We look forward to having you be a part of more moments with us all year long.

COORDINATOR OF COMMUNICATIONS Katarina Christmann studied Advertising and Art History at the University of Georgia and just graduated in May 2015. Katarina began as a Public Relations and Special Events Intern at ESP. The fast pace and variety of the work at ESP are what drew her to the position, but the kids are what kept her here. Katarina is from St. Simons Island. When she’s not spending time at ESP, Katarina loves baking, reading, and hiking. Katarina is beyond excited to continue her time here at ESP and to put her own touch on things! 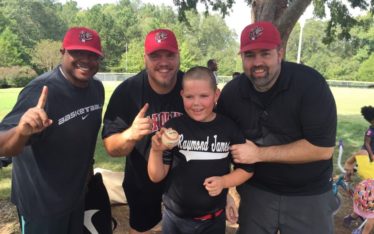 Cheyten at Bat
ESP is currently working to build a local Miracle League park complete with a splash pad, an accessible playground, and a custom-designed baseball field. This inclusive recreational complex will serve...
100 Likes 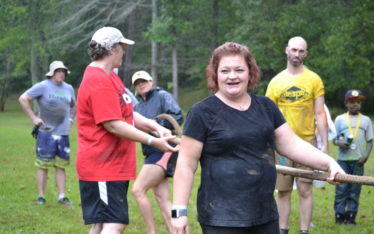 Cathy Kesterson’s Big 3 Journey
Big 3 events are the best way for families to introduce children of all abilities to ESP. For Cathy Kesterson, a long-time and dedicated ESP mom, they are a way...
104 Likes

Meet Matthew: Development Assistant
Hello, My name is Matthew Dooley. I was a camper at ESP for 12 years. I enjoyed all of the fun activities that we did. I tried horseback riding and...
85 Likes